Check out High on Fire 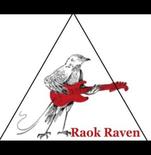 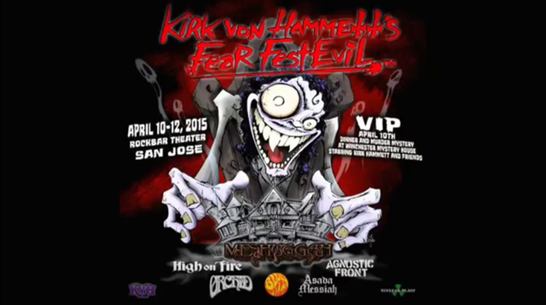 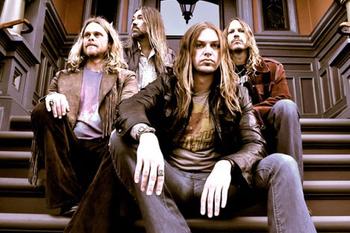 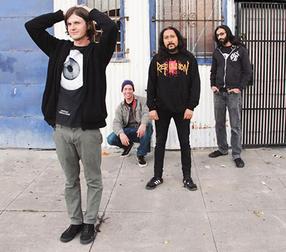 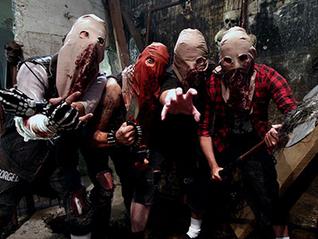 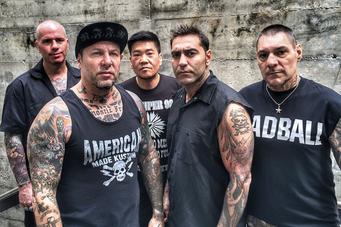 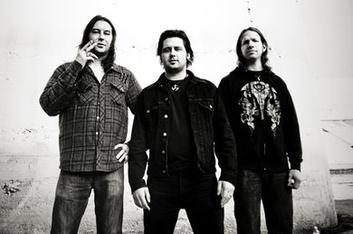 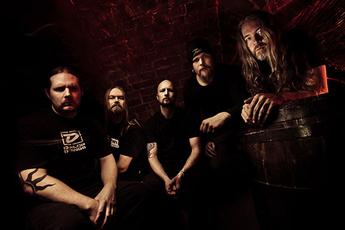 Kirk Von Hammett's line up at the 2015 Fear FestEvil!

Kirk Von Hammett from Metallica hosted a weekend of gore and mystery. 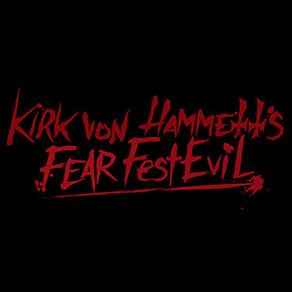 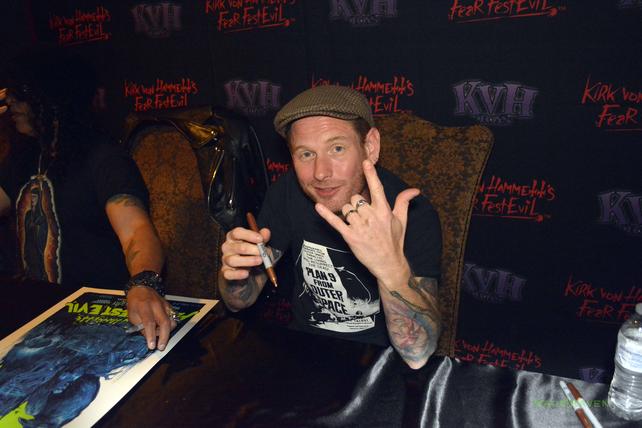 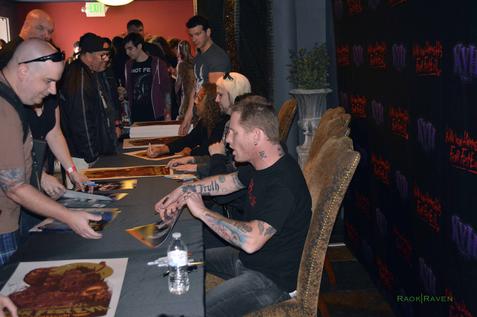 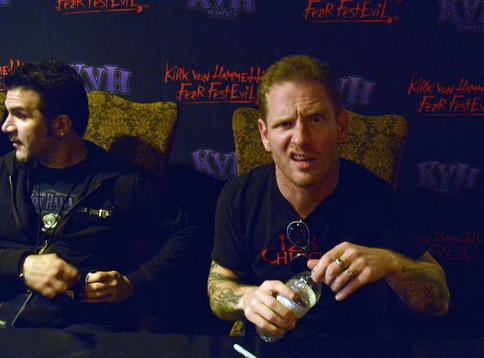 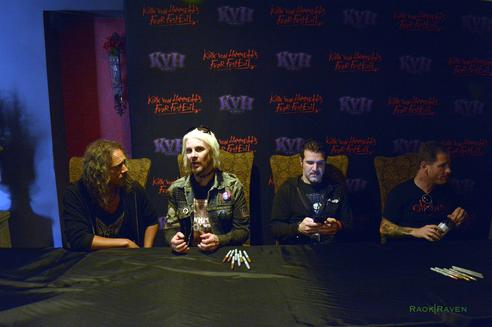 The first night of the festival began with a VIP treatment of a Murder Mystery at the Winchester Mystery Mansion. Special guests John 5, Corey Taylor, and Charlie Banante,  joined Kirk Von Hammett. At the end of the night, Kirk Von Hammett's guests and himself signed posters for their fans. The murder mystery was great entertainment as we gathered clues from different rooms throughout the Mystery Mansion. Kirk, Corey, John 5, and Charlie were more than gracious and humble hosts.

April 11  A day at the Carnival of Chaos. Saturday afternoon began with free games, a freak show, and food provided by vendors. While fans began to line up around the RockBar Theater, hearsts lined up the parking lot displaying a morbid funeral setting with a killer clown lurking through the premises. At 3pm, guests began to filter into the theater and at 5pm Kirk Von Hammett, John 5, Charlie Banante, and Corey Taylor signed Fear FestEvil posters for eager VIP fans. As the night progressed, fans were able to roam around Kirk's Crypt of staggering horror memorabilia. Displays from Terminator to Hellraiser to Friday the 13th. and from classics such as The Bride of Frankenstein. As the night progressed guests began to make their way to the stage. A discussion panel before the rock acts consisted of Kirk Von Hammett, John 5, Bill Moseley, Charlie Banante, and Corey Taylor speaking about their favorite horror movies and what got them into the horror genre.  First band of the night was Ghoul. An incredibly, bloody display of vulgarity and theatrics. Ghoul can hold their own with pounding, hardcore, thrashing, metal! Next up was Orchid. These blues rooted metal rockers put on a great show. High on Fire took the stage after Orchid and they really had the crowd going as all headbangers in the venue joined to see them. Kirk Von Hammet, Corey Taylor, and John 5 joined High on Fire to perform songs from Black Sabbath. The freak shows in between sets had the crowd entertained as they performed jaw dropping sadomasochistic acts such as mouse traps on the tongue, sword swallowing, and pounding nails into nostrils with a hammer.

April 12 The final day of horror... It is incomprehensible that such talent were together in one place. Fans from all over the world came to see this event. Some of these countries include Japan, Greece, France and, of course, fans from all over the U.S.A. While fans strolled into the RockBar Theater, the hosts were signing more posters and speaking to the energetic and excited fans. Before the first band, Kirk's panel of horror took the stage with Corey Taylor, Slash, and John 5. Moderating the panel was Jose Mangin from Sirius Radio's Liquid Metal.  Taking the stage first, after the horror panel, was Asada Messiah. These guys can rock. Kirk Von Hammet invited Asada Messiah to perform at the festival. Asada Messiah are from San Francisco and they can shred like the best of them. Check out their Cross Contamination album at asadamessiah.bandcamp.com and their official Facebook site at facebook.com/asadamessiah. Taking the set after a RAOKing Asada Messiah was Agnostic Front. Agnostic Front has been around for many years in the the New York Hardcore scene. To this day, they still deliver hard hitting truths about the wrongs in our society and still make audiences stir up a mean pit. After the awesome set, the costume contest was officiated by Mr. Von Hammett himself and awarded an ESP guitar to the best costume. Meshuggah took the stage after the costume contest and performed a riveting metal set. All the way from Sweden to perform their act for Kirk at his Fear FestEvil. Kirk Von Hammett took to the stage and shredded along side Meshuggah at the end of their performance. 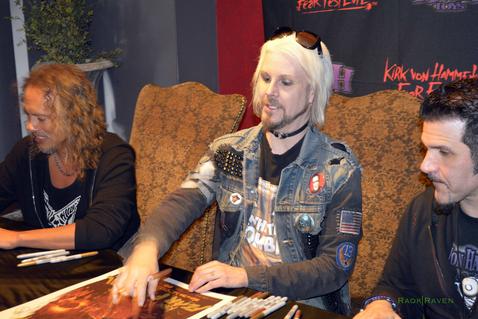