Q. How did you boys meet each other?
A. Cal and Bobi met each other during freshman year of High School. Alex moved back to their school junior year (while they were seniors), and they all sat at lunch together.

Q. Saving Apollo, that's an interesting band name. Tell us how you came up with the name?
A. We all really like space, especially the Apollo 13 space mission.

Q, I have read how passionate you are about getting the word out about how ugly of a drug heroin is and how it's killing so many young people. Have you lost many friends to this ugly drug?
A. Heroin has claimed many of our friends' lives over the last few years. We hope to influence the world in a positive manner. :]

Q. Who are some of your favorite bands? Who has influenced you most in music?
A. BLINK-182 basically influenced all of us from a young age (More so Cal and Bobi). Alex was influenced greatly by them too, however, he also grew more inspired from bands like The Starting Line and Mayday Parade. Our other favorite bands are: Like Moths To Flames, Bring Me The Horizon, Angels and Airwaves, Taking Back Sunday, Sum 41, Asking Alexandria, Capture The Crown, Crown The Empire, Maximum the Hormone, We the Kings, All Time Low, 5SOS, etc.

Q. What bugs you most about society these days?
A. Probably the main thing is that a whole lot of people don't follow their hearts or dreams. They settle for security rather than adventure and risk.

Q. If you can change three things about the world, what would they be?
A. Selfishness, to cure all disease, and ignorance.

Q. As you know, Raok Raven really focuses on the good our industry does. What are some of the charities/causes you boys support and why?
A. We really like Make A Wish because it gives terminally ill kids a chance to do something they've always wanted to.

Q. If you could tour anywhere in the world, what are your top three?
A. United Kingdom, Australia, and Japan.

Q. Where do you see yourself in the next few years?
A. Touring the world and continuing to make music.

Q. Describe your perfect day.
A. Hanging out with the fellas, writing music, and playing shows.

Q. Where did you guys grow up?
A. Pennsylvania.

Q. You write all your own lyrics, is that correct?
A. Yes.

Q. Do you boys have any phobias?
A. Bobi doesn't like sharks.

Q. What do you think of #5SOS? It seems you're big fans from what we gather on social media. :)
A. 5SOS is a big motivator for us because that is what we're hoping to do soon.

Q. If you could tour with any band in the world, who would it be?
A. Blink-182 (with Tom Delonge), 5SOS, All Time Low, really any credible band within our genre.

Q. Are you guys big Metal fans? If so, who are some of your favorites?
A. Bring Me the Horizon, Capture the Crown, Like Moths to Flames, Asking Alexandria, We Came as Romans, Maximum the Hormone. There are lots more but that's the basic gist.

Q. What's the best concert you ever saw live?
A, Bobi and Cal- blink-182 after they announced their reunion.
Alex - Taking Back Sunday 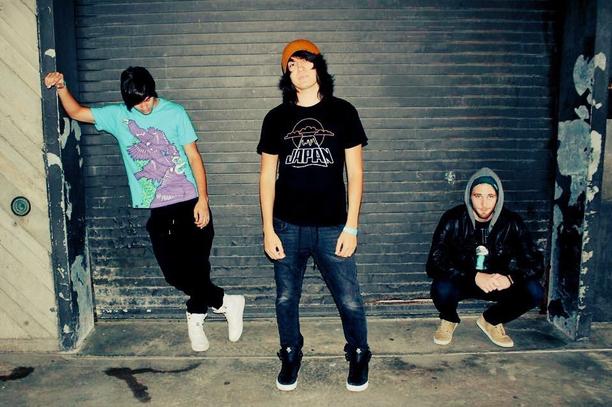 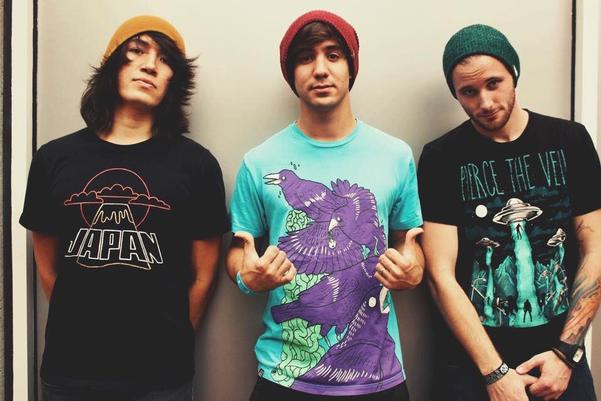 Thank you so much for this great interview with Raok Raven my friends! I loved getting to know you guys more! You boys have a bright, long future ahead! 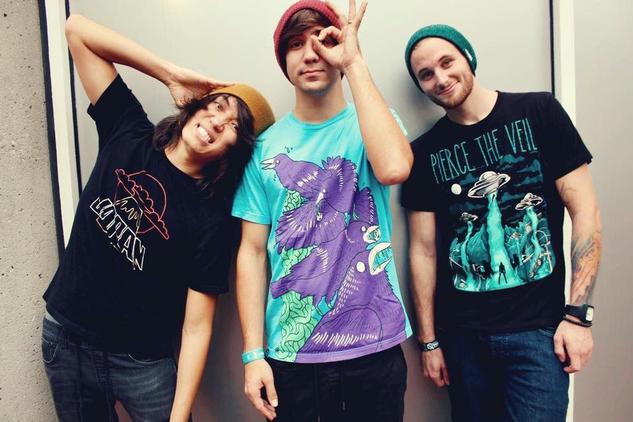